1.1. In the Agreement, the following terms, identifiable by the use of a capital letter, shall have the following meanings. Agreement Has the meaning as specified in article 3 of these Conditions; Conditions These General Forwarding Conditions; Principal The counterparty of the Forwarder; Forwarder TALE Nederland B.V., with registered offices in Rotterdam, the Netherlands; Services Forwarding Services provided by the Forwarder to the Principal pursuant to the Agreement.

4.1. All quotations made by the Forwarder shall be without any obligation on his part. 4.2. All prices quoted and agreed shall be based on the rates, wages, costs incidental to social security and/or other provisions of law, freight and exchange rates applying at the time of quotation or contract. 4.3. Upon any change in any or more of these factors the quoted or agreed prices shall likewise be altered in accordance therewith and retroactively to the time such change occurred. 4.4. If the Forwarder charges all-in or fixed rates, as the case may be, these rates shall be deemed to include all costs that in the normal procedure of handling the order are for the account of the Forwarder. The use of all-in or fixed rates shall in no event cause the Forwarder to be a carrier. 4.5. Unless provided otherwise, all-in or fixed rates shall not include at any rate: duties, taxes and levies, consular and attestation fees, cost of preparing bank guarantees and insurance premiums. 4.6. For work of a special nature, unusual job or work requiring a special amount of time or effort, an additional reasonable amount or surcharge may at all times be charged. 4.7. In the event of loading and/or unloading time being inadequate - regardless of the cause thereof - all costs resulting there from shall be borne by the Principal, even when the Forwarder has accepted the bill of lading and/or chartered goods from which the additional costs arise without objections. 4.8. Expenses of an exceptional nature and higher wages arising whenever carriers by virtue of any provision in the shipping documents load or unload goods in the evening, at night, on Saturdays or on Sundays or public holidays, shall not be included in the agreed prices, unless specifically stipulated. Any such costs shall therefore be reimbursed by the Principal to the Forwarder.

5.1. The Principal shall pay to the Forwarder the agreed remuneration and other costs, freights, duties, etc., arising from the contract and/or these Conditions, upon arrival or dispatch of goods which are being received or forwarded respectively. The risk of exchange rate fluctuations shall be borne by the Principal. The agreed remuneration and other resulting costs, freights, rights, etc., arising from the contract and/or these Conditions, shall also be due if in the performance of the contract damage has occurred. 5.2. If, in contravention of paragraph 5.1, the Forwarder allows deferred payment, the Forwarder shall be entitled to make an additional credit limit charge. 5.3. With regard to the performance of Services, the Forwarder shall send the Principal an invoice for the Services provided, according to the following table: Category # shipments a week Invoice method Payment condition A 0 – 1 By shipment 5 working days B 1 - 5 By week 5 working days C 5 – 15 By week 5 working days D > 15 By week 10 working days E Private customers By shipment upfront 5.4. If the Principal does not pay the amount due immediately upon notice to that effect or, as the case may be, after lapse of the term of deferred payment, the Forwarder shall be entitled to charge the statutory interest in conformity with articles 6:119 or 6:119a Dutch Civil Code. 5.5. The obligation to pay is not suspended as a result of objections to the invoice and/or any other document requiring the Principal’s payment. Without prejudice to article 5.1-5.4, the Principal shall notify the Forwarder about its objections to an invoice without delay and in any case not later than 7 days after the invoice date or the date of receipt of a document describing the obligations of the Principal to the Forwarder under this Agreement. Any amount which was incorrectly invoiced by and paid to the Forwarder shall be repaid by the Forwarder within 14 days after such incorrectness has been ascertained and confirmed in writing by the Forwarder to the Principal. 5.6. In the event of cancellation or dissolution of the Agreement, all claims of the Forwarder, with the inclusion of future claims, shall become due and payable forthwith and in full. All claims shall be due and payable forthwith and in full in any case, if: - the Principal is involuntarily wound up, the Principal applies for bankruptcy or suspension of payment or otherwise loses the unrestricted disposition over his assets; - the Principal offers a settlement to his creditors, is in default of fulfilling any financial obligation owed to the Forwarder, ceases to trade or - where the Principal is a legal entity or a corporate body - if the legal entity or the corporate body is dissolved. 5.7. Upon demand by the Forwarder, the Principal shall provide security for any amount for which the Principal is or may be indebted to the Forwarder. The Principal is also so obliged where he already has to provide or has provided security in connection with the amount owed. 5.8. The Forwarder shall not be obliged to provide security out of his own means for the payment of freight, duties, levies, taxes and/or other costs should the same be demanded. All consequences of non-compliance or of failure to comply forthwith with a demand to provide security shall be borne by the Principal. If the Forwarder has provided security out of his own means, he may demand that the Principal pays the amount for which security has been provided. 5.9. The Principal shall at all times be obliged to indemnify the Forwarder for any amounts to be levied or additionally demanded by any authority in connection with the order, as well as any related fines imposed upon the Forwarder. The Principal shall also reimburse the said amounts to the Forwarder if a third party called in by the Forwarder demands payment within the framework of the forwarding contract. 5.10. The Principal shall at all times indemnify the Forwarder for any amounts as well as for all additional costs that may be claimed or additionally claimed from the Forwarder in connection with the order as a result of incorrectly charged freight rates and costs. 5.11. In no event will the Principal be entitled to apply any set-off in respect of sums charged by the Forwarder to the Principal under any contract existing between them. 5.12. Cash payments shall be deemed in the first place to have been made on account of non-preferential debts, regardless of whether any other instructions were given at the time of payment. 5.13. If legal proceedings or other means are resorted to in the event of overdue payment, the amount of the indebtedness shall be increased by 10% for administrative expenses, while the legal and other costs shall be borne by the Principal up to the amount (to be) paid by the Forwarder. 5.14. Based on a factoring agreement the invoices from Tale Nederland B.V. have been sold respectively pledged to abcfinance B.V. (HR. 17079336). Therefore payments can only be remitted to abcfinance B.V. into bank account DE91370700600118148620 with the Deutsche Bank.

6.1. With respect to all claims he has or may at any time have against the Principal and/or the owner, the Forwarder shall have a right of pledge and a retention right on all goods, documents and moneys which he holds or will hold in his possession whatever the reason and the purpose thereof may be, as against any party requiring their delivery. If the goods are forwarded on, the Forwarder shall be entitled to collect the sum due on subsequent delivery or draw a bill therefore with the shipping documents annexed. 6.2. The Forwarder may also exercise the rights granted to him in paragraph 1 for the amount that the Principal owes him with respect to previous orders. 6.3. If the Principal fails to pay the amount due, the security rights of the Forwarder shall be executed.

7. Performance of the contract

7.1. The Forwarder shall undertake to forward (doen vervoeren) goods of the Principal. In the performance of the Services, including the conclusion of a contract of carriage (vervoersovereenkomst) with a carrier (vervoerder) in the name and for the account of the Principal, the Forwarder acts for the risk and the account of the Principal. 7.2. In no event a contract of carriage is concluded between the Forwarder and the Principal in connection with the performance of the Services. 7.3. To the Services of the Forwarder, the provisions 8:60-8:73 of the Dutch Civil Code (Boek 8 van het Burgerlijk Wetboek) apply. 7.4. If the Principal has not given any specific instructions with his order, the mode, route and means of transport shall be at the Forwarder’s option and the Forwarder may at all times accept the documents customarily used by the firms with which he contracts for the purpose of carrying out his orders. 7.5. The Principal shall ensure that the goods are tendered at the agreed place and time. 7.6. The Principal shall ensure that the documents required for receipt and for dispatch, as well as the instructions, are in the Forwarder’s possession in proper time. 7.7. In no even shall the Forwarder be obliged to investigate whether any documents or specifications stated to him are correct and complete. 7.8. In absence of documents, the Forwarder shall not be obliged to receive against a guarantee. Should the Forwarder furnish a guarantee, he shall be held harmless by his Principal from and against all the consequences thereof. Furthermore, in absence of documents, the Forwarder is entitled to refuse to render or to postpone its Services.

8.1. In no event will the Forwarder carry out any services in connection with the clearing in, or clearing out of packets and/or shipments. By offering packets or shipments to the Forwarder which have to be cleared in, or cleared out, the Principal irrevocably authorises the Forwarder to designate a clearing agent for clearing in the packet or shipment. In no event shall the Principal be liable for any damage caused by or in connection with the acts of the clearing agent. 8.2. Taxes, customs fines, storage costs and/or other moneys owed possibly due to a customs action and/or another government agency, or the omission of the Principal or addressee to file the requisite documents or licence will be charged to the Principal. 8.3. The Principal is responsible for providing the documents required for customs clearance, in-, or out. By presenting such documents to the Forwarder, the Principal declares that all statements and information concerning the exportation and importation contained in such statement is verisimilar and correct. 8.4. The Principal declares being aware that the making of untrue or fraudulent statements is subject to civil-law-, and/or criminal sanctions, including confiscation and/or forfeiture and/or sale.

9.1. The Forwarder does not guarantee any transit or arrival times or prices, because it only acts as an intermediary, without any influence on the factual transportation. Arrival times on the Forwarder’s website are Estimated Times of Arrival (“ETA”). 9.2. When a parcel or shipment is not delivered on the ETA and this is not due to the non-observance of the Agreement by the Principal, the Forwarder gives the discount – and only such discount – that applies to the fees and/or tariffs of the carrier of the delayed delivery, decreased by administration costs incurred by the Forwarder. 9.3. When a parcel or shipment is not delivered on the ETA or has not been delivered at all and this has been caused by the Principal or by the recipient, the Principal will be liable for all damages that arise from such late delivery or non-delivery, including but not limited to expenses for the storage of nondeliverable goods.

14.1. All contracts to which the present Conditions apply shall be governed by Dutch law. 14.2. All disputes which may arise between the Forwarder and the other party shall be heard exclusively by the competent court of Rotterdam.

15.1. These General Forwarding Conditions have been registered with the Chamber of Commerce in Rotterdam under number [24424543]. 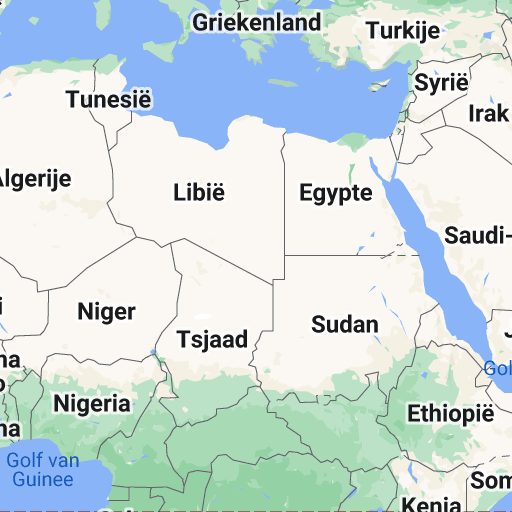 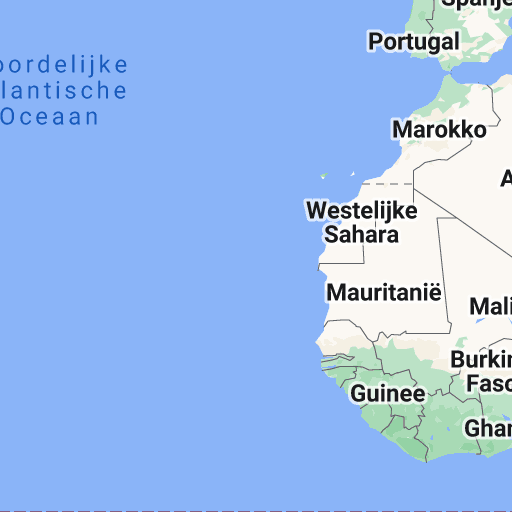 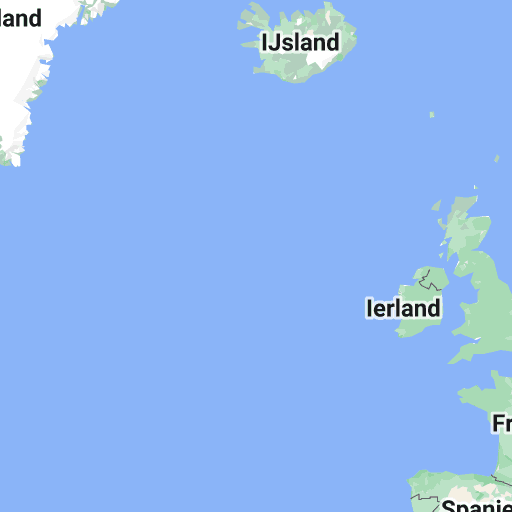 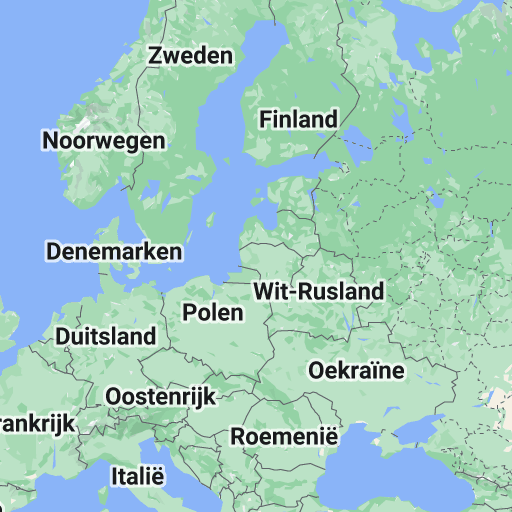 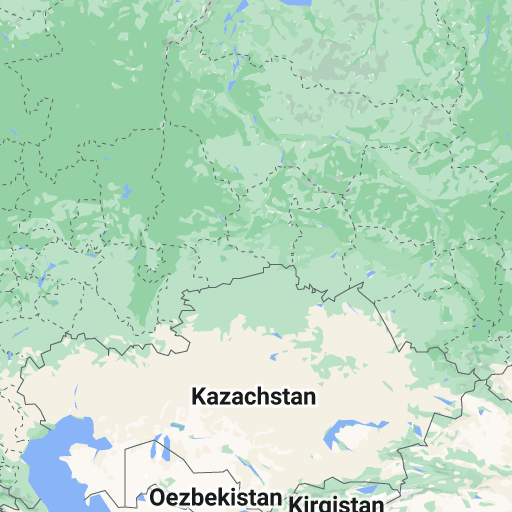 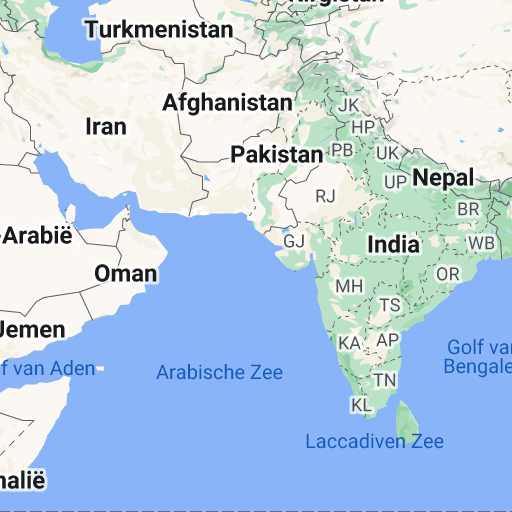